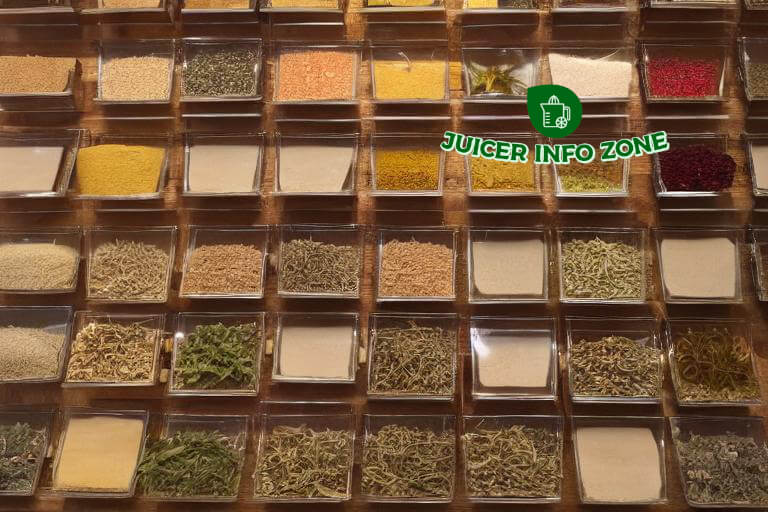 Healthy, whole foods get a bad rap when it comes to flavor.

“Eating clean” often gets associated with eating “bland” — especially among fitness buffs, bodybuilders and athletes who think that a good “training diet” consists of meal-after-repetitive-meal of oatmeal, boiled chicken breast, yams, steamed broccoli and green side salads with some kind of fat-free liquid on top that calls itself “dressing.”

The good news is that there is actually a simple solution to making clean eating not just tolerable, but enjoyable — and it’s as close as your grocer’s baking isle: Herbs and spices.

Herbs and Spices: The Key To Making Clean Eating Enjoyable

Any cook worth their salt knows that a recipe or dish isn’t complete until it’s been seasoned.

“Seasoning” could simply mean adding some salt and ground pepper, but more often than not, it includes the use of all kinds of other herbs or spices to either layer additional flavor on top of a food, enhance or complement an existing flavor, or provide a contrast.

While it’s pretty hard to screw up a dish or recipe by adding the wrong herb or spice, it does pay to know your seasonings ahead of time to avoid some funky combinations that might send that brown rice to your dog’s bowl, versus your plate.

Herbs and Spices: Not Just For Flavor, But Also Healthy

Herbs and spices also have an additional role in healthy, clean eating beyond simply seasoning foods, recipes or dishes.

Nearly all herbs and spices have very high concentrations of healthy phytochemicals and antioxidants. Scientists believe that these naturally-occurring plant compounds work together in the body to protect tissues and cells from damage and may help prevent diseases like cancer and heart disease.

When you combine herbs and spices with other antioxidant-rich foods like fruits and vegetables, their protective properties may be enhanced even more, similar to The Portfolio Diet approach to cholesterol-reduction observed by researchers like David Jenkins at the University of Toronto.

Just how much antioxidant punch do certain herbs and spice have? Plenty.

In fact, oregano, that ubiquitous herb found in nearly every batch of pizza or spaghetti sauce is one of nature’s most concentrated sources of antioxidants, having four times more antioxidants than blueberries. Just one tablespoon of dried oregano has the antioxidant content of a large apple.

Herbs and spices can also have beneficial medicinal uses, in addition to simply making your food taste better.

For instance, ginger aids digestion and can calm nausea and even alleviate motion sickness. Fennel and juniper berries can help with fat digestion, and cinnamon has been shown to help reduce cholesterol and increase insulin sensitivity, helping people better digest sugar. It also may lessen the symptoms of certain inflammatory diseases like arthritis.

So herbs and spices don’t just make your food taste better, they’re good for you as well.

What Are Herbs and Spices?

Herbs and spices are derived from plants that have medicinal properties, or flavor or scent qualities.

There are some herbs that are used exclusively for medicinal purposes, but many herbs have both medicinal and culinary uses. Strictly speaking, cooking herbs (also know as “culinary herbs”) are usually either the fresh or dried leaves of certain plants, such as basil, thyme or oregano. Spices are typically made from the seeds, berries, bark or roots of select plants, shrubs or trees, for example cinnamon, nutmeg or fennel.

Herbs and spices have been used for thousands of years to season and preserve food.

Some spices, because of their scarcity or because they needed to be shipped thousands of miles from far-flung corners of the earth, were literally worth their weight in gold and became a kind of currency.

Their ability to make bland foods taste better made them highly prized — especially in Europe – and an entire industry (the spice trade) emerged in the 8th Century to ferry spices from India and Asia back to the continent. It’s estimated that by the Late Middle Ages, nearly 2,000 tons of pepper and other spices were being shipped back to Western Europe each year.

Herbs and Spices Basics for Clean Eating: A List

The trick to successfully using herbs and spices in your clean eating diet, cooking and recipes is knowing a little bit about these seasonings, and the foods that they best complement. Over the centuries, certain herbs and spices have come to be associated with different styles of cooking (for example, Italian, Mexican or Asian) groups of foods (poultry, vegetables, rice) and even individual dishes or specific types of meat or vegetables.

The easiest way to start using herbs and spices in your clean eating recipes is to understand the main groupings by style, which will help you choose which seasonings are right for your dishes.

The traditional Italian seasonings are:

Oregano, basil and fresh parsley all go very well with any type of tomato-based pasta sauce. Adding marjoram or rosemary can also give a unique flavor to tomato sauces.

With the exception of fennel, almost all of these herbs can also be used as coatings on meats, pork and chicken. They can also be used to season marinades and homemade salad dressings and vinaigrettes.

Use these herbs and spices alone, or together, to bring an Italian flavor to your foods.

The French use a wide-range of seasonings in their dishes, and the actual herbs and spices that you’ll find in French cooking vary greatly from region to region.

For example, in the north of France you’ll find seasonings that have more in common with German cooking, and in the south, Italian.

The traditional French seasonings include:

Tarragon goes especially well with chicken and carrots. Thyme, rosemary and sage are also great on poultry and lean cuts of pork. Marjoram is a staple in potato-based soups.

Most of these herbs and spices also taste fantastic on steamed veggies and can be used to season oil and vinegar dressings.

Both Oregano and Paprika are very common in Greek and Eastern European dishes.

Oregano and garlic are the base for most traditional Greek seasoning mixes, and Paprika finds its way into lots of Eastern European foods, especially the famous “Hungarian Goulash” which is loaded with Paprika.

Sweet paprika is exactly what the name implies, with “sharp paprika” being hotter and more pungent.

The main seasonings in Mexican cooking are:

All of these seasonings can be used on meats and poultry, in beans and even in rice.

Asian cooking uses a lot of “savory” spices and seasonings that give heat.

Again, Asia is a huge continent and there is a lot of variation in seasoning depending on region (for example South East Asia compared to China or Japan.) A typical Asian spice rack would have the following:

If you’ve ever visited Jamaica or the Carribbean, you’ll be familiar with the region’s signature dish: Jerk.

Jerk is a style of barbequing that uses a distinct spice mixture to season all kinds of foods, including chicken, fish, pork, goat (yes, goat), and vegetables.

Jerk seasoning is a combination of herbs and spices, that are common in Caribbean cooking, including:

India was one of the earliest sources of exotic spices.

Indian cooking is famous for its curries, which are really just different combinations of spices used to flavor vegetables, rice and meats.

Curries are often family recipes handed down from generation-to-generation. While you can purchase already-blended curries, you can also try making your own by combining the following spices and herbs:

Curries can be used to season all kinds of meats, as well a vegetables and especially rice dishes.

The main ingredient in curry is Turmeric, a spice that has been shown to have extremely high antioxidant properties and the active ingredient in turmeric — Curcumin — is being studied as a possible treatment for a number of diseases, including inflammatory disease and certain types of cancers.

Matching Herbs and Spices to Foods

Certain herbs and spices complement or enhance different types of food. Knowing which seasonings go with which foods can help you make the most of herbs and spices in your clean eating diet:

Tips for Using Herbs and Spices 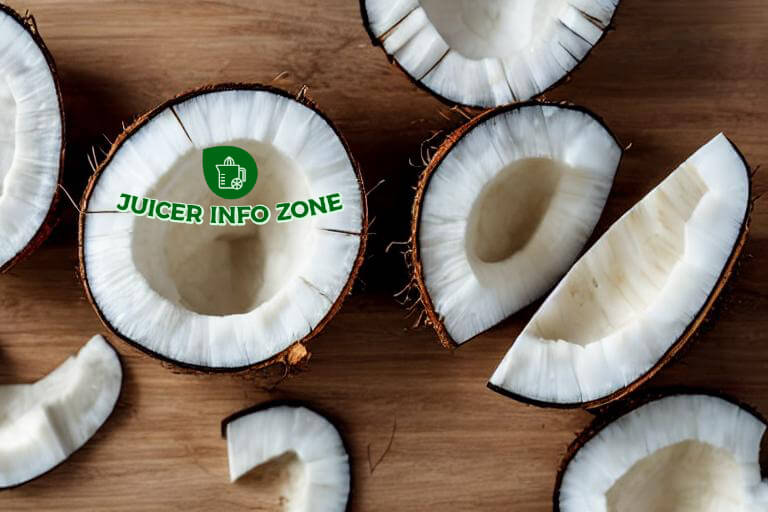 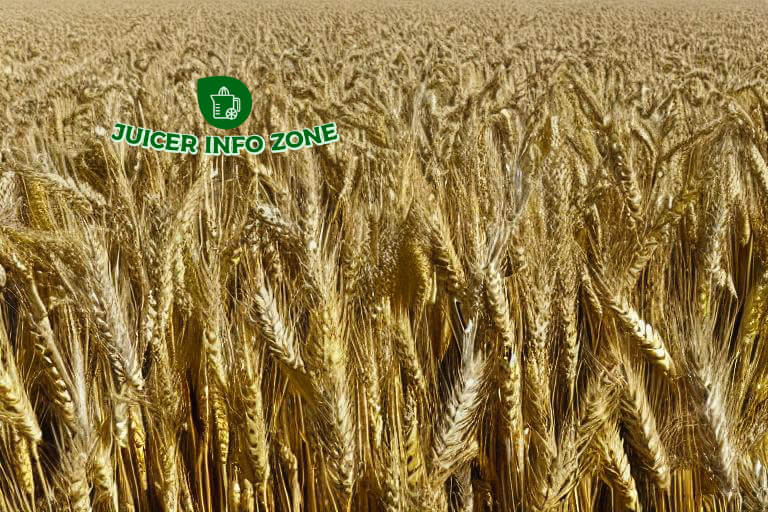 Gluten is today’s boogeyman for millions of grain-lovers. Why is it such a problem these days and how can you steer clear of it? 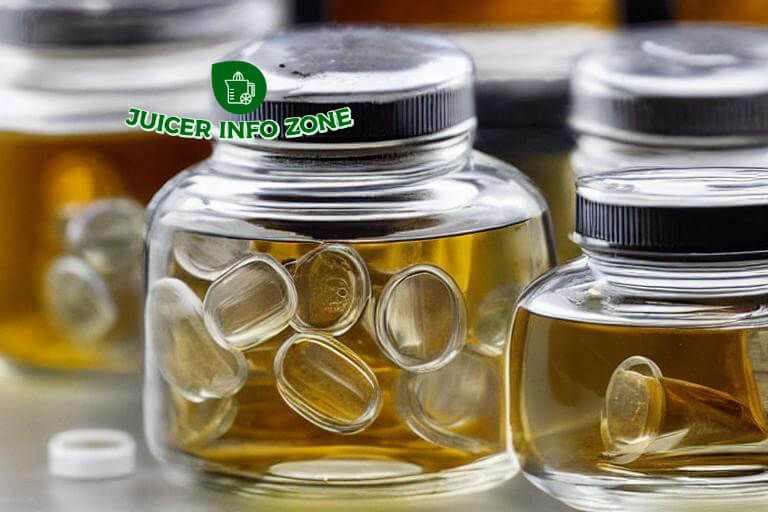 In the drug store, the pills come in many types: Fish oil, krill oil, and general omega-3 supplements. While there are many names and types of omega-3 supplements, many are often left wondering if these purchases are right for them. Omega-3 risks? Several years ago, an article in the Journal of the American Medical Association… 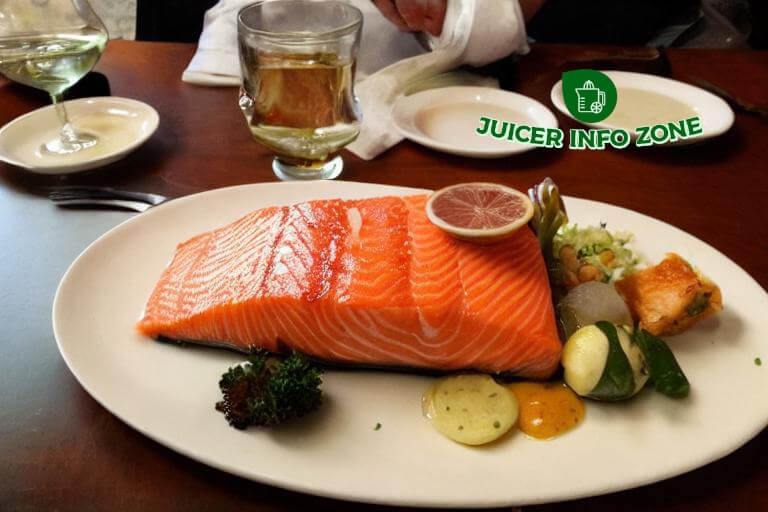 Believe it or not, completely flawless skin is nowhere near as difficult to pull off as a lot of people are led to believe it to be. In fact, you might not even have to use any weirdo (or expensive) skin care products to get the kind of blemish free and crystal clear complexion you’re… 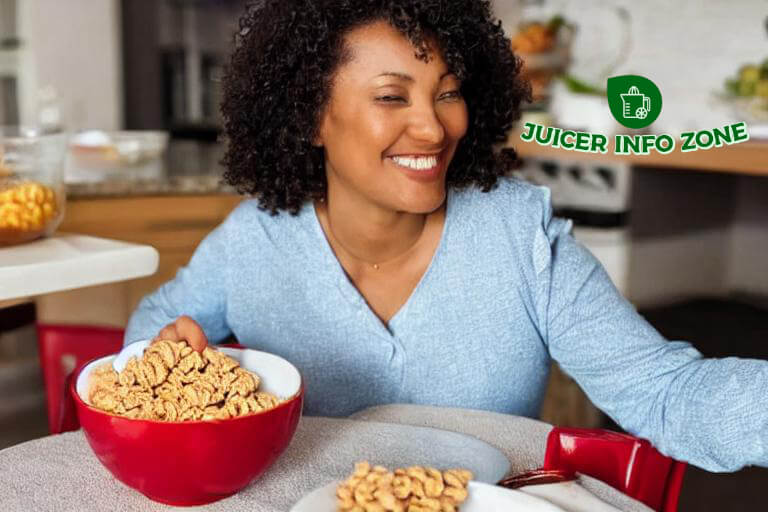 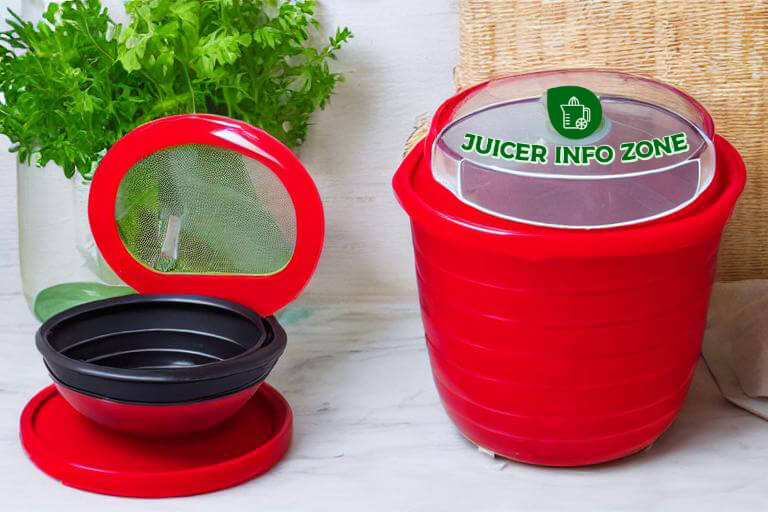 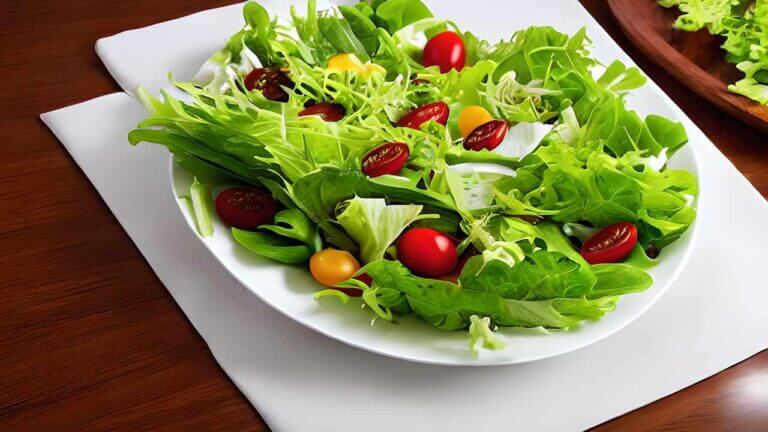 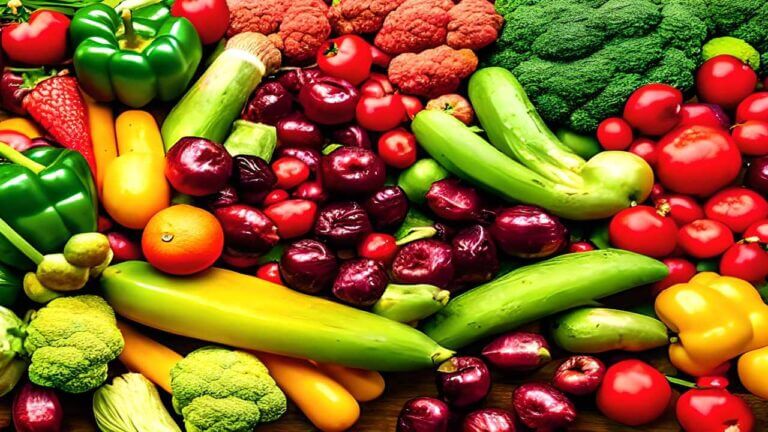 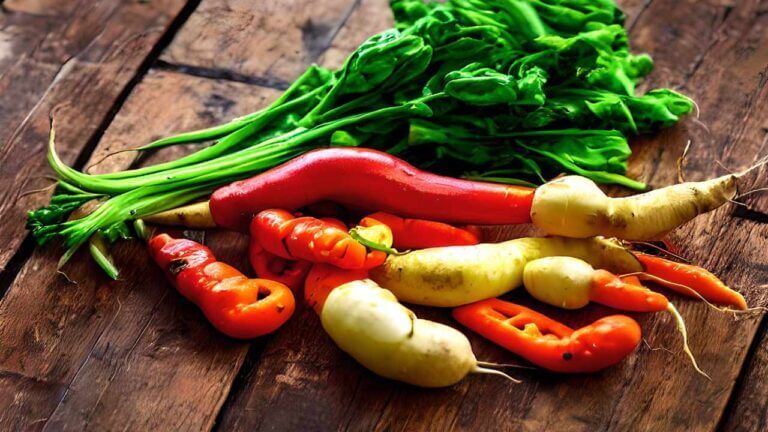 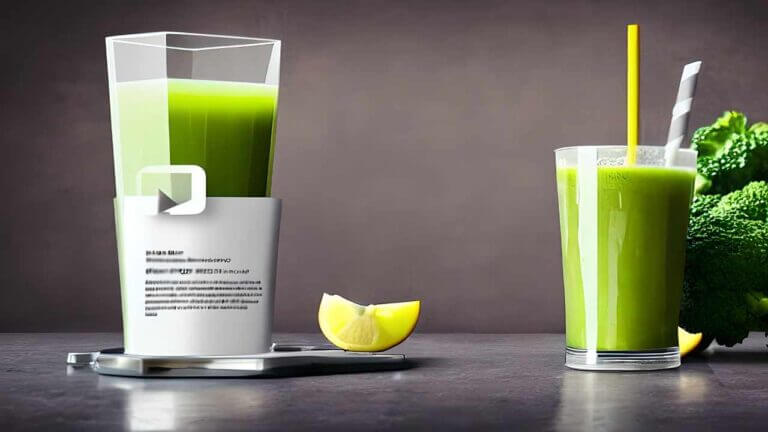 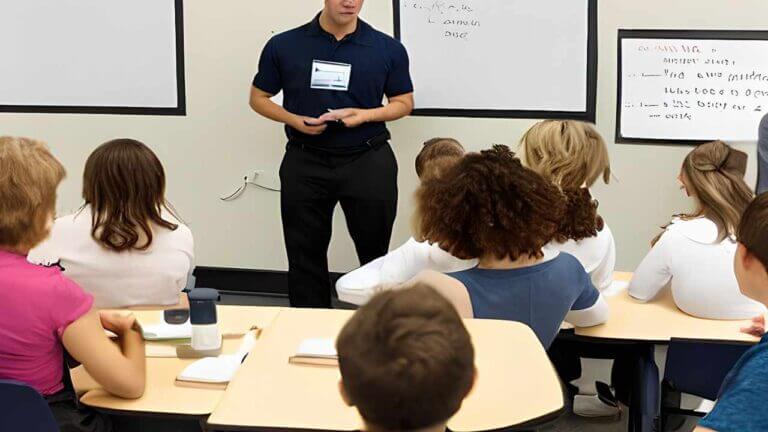 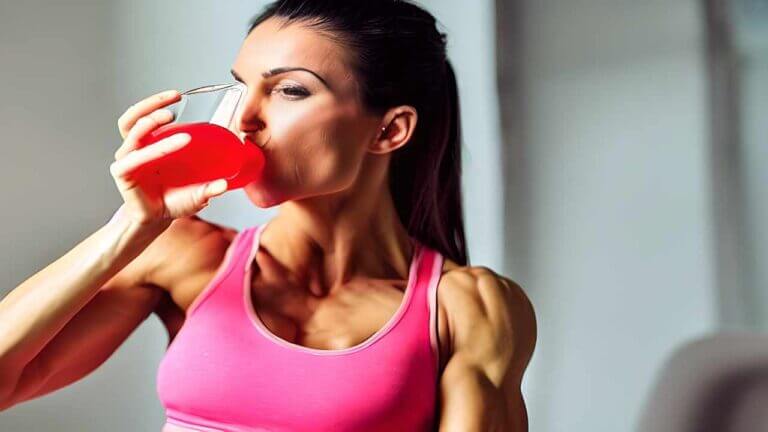