When the only positive thing that experts have to say about the cabbage soup diet is that it encourages people to eat more vegetables, it is clear that this diet is one with more than a few short coming.

This restricted food, restricted calorie diet consists primarily of a bottomless bowl of cabbage soup, select vegetables and fruits, and large quantities of protein in the form of lean meat or poultry on select days. The duration of the diet is a rigid seven days.

Since the cabbage soup diet is lacking in both variety and complete nutrition, this seven days is long enough to lose the promised 10-15 pounds. This diet typically restricts calories to 1200 per day or less, placing this in the VLCD (very low calorie diet) range and the strong recommendation that you seek a doctor’s approval before starting this diet.

A good multivitamin can help you get the nutrients you need while on this diet, but from the aspect of calories you may not have the energy to do much. Lightheadedness and fatigue with an inability to concentrate are the most prominent side effects reported on the cabbage soup diet followed up with reports of bloating or excessive gas due to the nature of the cabbage and other vegetables in the soup.

The two advantages of the cabbage soup itself is that the dieter should stay well hydrated, and the fiber should prevent any feelings of hunger.

[amalinkspro type=”image-link” asin=”1484848896″ associate-id=”juiceiz-20″ new-window=”true” addtocart=”false” nofollow=”true” alt=”Cabbage Soup Diet 2.0: The Ultimate Guide – Black/White” alignment=”alignright”]https://images-na.ssl-images-amazon.com/images/I/51jfJw7rAUL._SL160_.jpg[/amalinkspro]The drawback to this type of diet is that a dieter may simply choose not to eat rather than be limited to the foods allowed on a particular day. For instance, day four of the diet is marked with the cabbage soup, up to eight bananas, and as many glasses of skim milk as you like.

No other foods are listed for this day, and the purpose of this day is to eliminate cravings for the sweets.

Sadly though, deprivation diets such as this can actually trigger their reverse and lead to binging. If the dieter has the willpower to stay on the cabbage soup diet for seven days then they must also maintain their willpower not to indulge when their eating is no longer restricted.

Cabbage soup has not been shown to reduce fat any more or less than any other vegetable in its family. It is a healthy, low-carbohydrate, high-fiber vegetable good to incorporate into any diet, as are the onions, celery and other vegetables to be found in the soup.

What’s not good are the excess levels of salt and MSG that plague most recipes for cabbage soup. High sodium diets have been linked to high blood pressure and while this diet lasts only a week, experts caution the dangers of too much salt.

Because the diet is lacking in protein as well there is a real danger of losing muscle mass. If the body feels starved it will break down muscle tissue for protein. Since muscle is the primary fat burner in the body, sustainable weight loss is not feasible without muscle mass.

Even the marketers of the diet will admit to the shortcomings and recommend that the diet is followed for one week only, allowing two to three weeks between sessions on the cabbage soup diet. This diet is not practical for most people, but if you need to lose ten pounds in a week and only need to keep it off for a couple of days, then the cabbage soup diet may be your temporary solution.

Diet sodas carry the promise of youth. By giving up those sugary-laden drinks for a cup of aspartame and carbonated water, you’ll shed those pounds, get ripped and look sexy. Buy you should know that If dieting and losing weight are among your fitness goals, diet drinks are a sure-fire way to slow results. Diet…

The Healthy Kidney Diet, like the Healthy Heart Diet, is not an official diet plan but rather provides basic information intended to help a dieter make informed food choices that can benefit kidney health. Kidney disease is a very serious and chronic disease which can be treated and reduced in severity but never be completely…

The soup diet is one of the many diets in circulation accredited to either anonymous sources or sources that do not claim responsibility. While the soup diet is similar to the cabbage diet, the only difference appears to be that the soup of the soup diet contains no cabbage. In reality, the seven day meal…

Kombucha diet health tea is nothing new, in fact it has been around for centuries. There are reports of Kombucha tea being used as a health drink or folk medicine as far back as 200 BC in China. Despite its long time use in the east, Kombucha has not caught on as quickly in the… 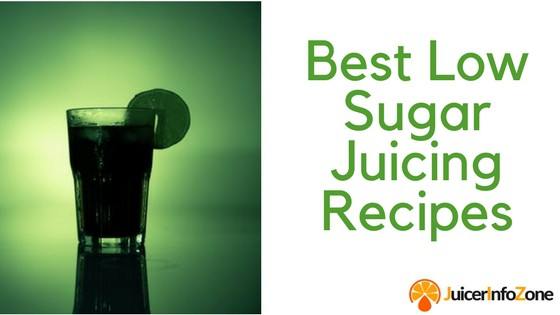 ​Okay, so you want to get onto a juicing trend called “low sugar juicing” maybe because you are a diabetic and know that fruits especially tropical fruits are high in sugar and can skyrocket your blood glucose levels into the next century.​ ​You have come to the right place, because not only will we assist…